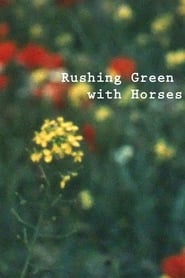 A collection of brief moments, filmed between 1999 and 2018 on journeys, at home, with friends and alone. They are private gestures that attract my attention, spontaneously filmed beyond narration or documentary: Anton in his apartment in Lichtenberg, Lilian and Nanouk 10 days old, Jón’s 94th birthday, Sofia dancing, James and Robert transport the 16mm projector, snow at Cape Cod, Detel in her atelier, Franz and Sabrina get married, a trip to Detroit, a stormy sea in black-and-white, Alma and Ernie at the Brandenburger Gate. We see the same people at various ages, as a child, as a teenager, as a young woman… sometimes hear someone speaking, hear music, or silence. Somewhere in the middle of the film there is a handwritten sentence that appears upside down before it gets turned around: “A child asleep in its own life”.