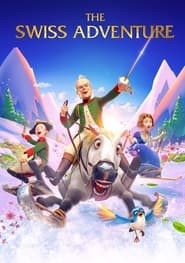 Sixteen-year-old servant Greg is in love with Sophia, the daughter of a wealthy merchant. The feeling is mutual but Sophia’s parents want her to marry another - a man of high social standing and low moral values. Greg is forcibly separated from his beloved and made to join General Alexander Suvorov’s army. During the legendary Swiss expedition, Greg earns the respect and loyalty of Suvorov and his men by thwarting a treacherous enemy plot, proving that anyone can be a hero if they are driven by love.