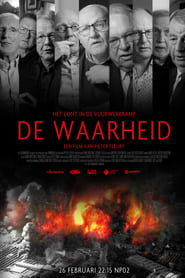 The largest post-war industrial disaster in the Netherlands takes place on 13 May 2000 - fireworks storage S.E. explodes in Enschede. Firework. Many people are injured, a residential area is wiped out and 23 people die. How could such a disaster take place in a tightly organized country like the Netherlands? In De Waarheid, average in-depth interviews, zoom in on the decisions and behavior of those involved around the fireworks disaster in Enschede, in order to reveal the ones that provide insight into how this fragile balance manifests itself. Via the owner of the fireworks storage, an involved firefighter and the licensing municipal officials and the mayor, we reach the leader of the investigation commission, the chief public prosecutor and the minister of the interior who had to deal with the disaster. After all, it is the citizen whose house is destroyed who appeals to common sense.