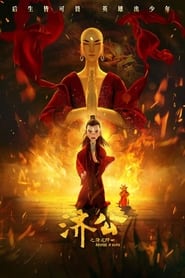 The film tells the story of Jigong before he became a Buddha. In Yongning Village at the foot of Chicheng Mountain, in order to make the long-sick mother heal, Li Xiuyuan, wants to become a hero. Despite his good intentions things turn bad, causing a ruckus in the village. After encountering a series of dangerous encounters, Li Xiuyuan learned that he was the reincarnation of the great hero Dragon Slaying Luohan.