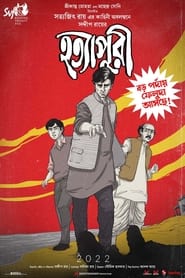 Feluda gathers everyone in Bhujanga Niwas and tells everyone that Bilas Majumdar is actually Mr. A. Sarkar, a smuggler by profession. Feluda tells them that the actual Bilas Majumdar had died three weeks ago in a hospital in Nepal. Feluda explains that Sarkar had actually attempted to murder Mr. Sen in Nepal. Rupchand Singh, the driver of the car Sarkar was in, started blackmailing him, so Sarkar killed Singh. Sarkar came to Puri and when he saw D.G. Sen here, he conspired with Laxman to steal the manuscripts. Nisith had actually discovered the theft and tracked Laxman to Bhujanga Niwas, so Laxman killed him with the hard manuscript and later threw the manuscript into the sea. Before throwing it into the sea, Laxman saw Feluda and attacked him with the blood-soaked manuscript.