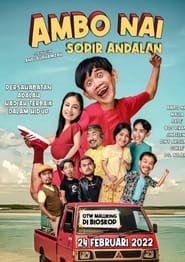 Ambo Nai was fired as an interregional passenger driver when his wife was heavily pregnant. However, his hopes were dashed when he received information from his friend that the fishmonger in Bajoe, Bone Regency, South Sulawesi was in need of a driver to take his fish to the city. Ambo Nai is sure that he can be accepted for work. He does not know the competition with fellow drivers in places where the fishmongers are very tough. The innocent Ambo Nai only has passion and honesty. He got the opportunity to work with the fishmonger. However, Ambo Nai has to deal with Blonde Boss and his minions, who have been controlling fish delivery at the skipper's place. When there was a special delivery to Makassar, the jury gave their trust to Ambo Nai, not to Bos Pirang who tried to thwart Ambo Nai's mission.